Trekkies and the Art of Bidding. How understanding Star Trek will help you to be a better bid writer. 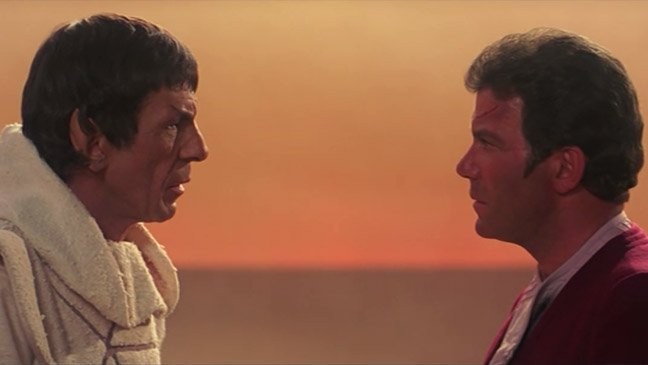 Where do I begin? At the beginning, I suppose. That would be in 1968, when I watched my first episode of Star Trek, in glorious black and white. The episode was called Charlie X and I remember it to this day, as vividly as if I were sitting right now on floor of the living room in our tiny Gosport council house. I was seven years old. From that day forward, nothing kept me from my weekly appointment with Captain Kirk and Mr. Spock, as they boldly went where no one had gone before, aboard the starship USS Enterprise. Can you imagine how those wonderful images of space ships, exotic aliens, fabulous planetary landscapes, and space-faring heroes fired the imagination of a small boy who loved science? It was the start of my lifelong love affair with the Star Trek universe.

There is so much to tell you about the influence of Star Trek on our modern society. Not the least of which is the way in which it has shaped the thinking of tech leaders in the past forty years. Or, its vision of an integrated and diverse social culture (as a child, Whoopi Goldberg was encouraged by Star Trek’s Uhura—the first black woman she saw on television that was not “a maid.”). However, the real attraction for me was the relationship and interplay between the two leading characters: the previously mentioned Captain James T. Kirk, and his science officer and second in command, the Vulcan, Mr. Spock.

There are two things you should know about these characters: Kirk had a tendency toward the emotional whereas Mr. Spock is a Vulcan (actually, a half-Vulcan, as his mother was human) driven purely by logic. Here are a couple of quotes to illustrate this: "Sometimes a feeling is all we humans have to go on." Captain Kirk, (A Taste of Armageddon). Alternatively, “The needs of the many outweigh the needs of the few.” Spock, (just as he sacrifices his life to save his shipmates in The Wrath of Khan). Interestingly, the central core of all typical Star Trek plots is that it is only when these seemingly diametrically opposed perspectives are blended harmoniously that the crew of the USS Enterprise achieve their most effective state. Kirk and Spock always accomplished better outcomes working together than when they were operating as individuals.

Yes, but Star Trek fandom aside - how will knowing this help me in my bid strategising?
Good question. Here’s the thing: winning bids seamlessly blend Kirk's emotion and Spock's logic to create a compelling vision for the evaluator. Over-reliance on just one or the other creates an imbalance which may only be partially effective. Your bid must stimulate the reader's limbic brain (that which processes emotion) and their cerebral cortex (which manages logic).

For example, delivering a great commercial proposition in your bid will clearly appeal to the logical aspect of the evaluation process. Your value statements, exemplary return on investment explanations, and exceptional independent evidence will all count in your favour because they make logical sense. Now then, let’s assume that you have also blended this with an intimate understanding of the customer’s core vision and mission, the value they place upon their people, and demonstrated an empathy with the things that are important to them culturally. All this will have an emotional resonance with the reader, which will make them more disposed to your bid and will complement the logical aspect.

So, what are some example techniques for promoting logic and emotional resonance?
The key to securing a reader's emotional investment in your bid is to ensure they are not a bystander looking in but, rather, to immerse them in the narrative.

Here are just four ways to focus a bid onto the customer and to drive emotional investment:

Reduce (or eliminate) genericism.
If your bid looks like a template, with their name inserted at key points, the less likely it is to engage the reader. It is sometimes a hard-learned lesson, but they have absolutely no interest in you or your company until such a time as they see you may represent a valuable solution for them and that you are totally in tune with their challenges and corporate beliefs.

To reduce genericism, you could try increasing the use of the second person pronoun set (i.e more 'you' and 'your', rather than 'we', 'our', and 'us'). Use their name more than yours; if you have written entire page in a bid without using their name at least once, you should consider revising it.

Consider 'flipping' generic sentences into sentences that include them. Here is an example:

'As these new technologies erase the boundaries of geography, technology, and time, customers want access to their digital information no matter where they are or what screen they have at hand.'

'As these new technologies erase the boundaries of geography, technology, and time, you will be able access to your digital information no matter where you are or what screen you have at hand.'

'As these new technologies erase the boundaries of geography, technology, and time, Anycompanyplc will be able access digital information no matter where you are or what screen you have at hand.'

2. Use contextual framing (making sure you reflect the world they live in).
Make your bid about the customer and not you. If your bid is a thinly disguised paean to your own company, the less likely it is to be engaging to the reader. Naturally, if they are going to do business with you, they need to know about you and why you do things in the way you do them. But, critically, the greater your knowledge of them and why they do the things they do, the more engaging your bid will be.

Contextualising your bid simply means making sure that (wherever possible) you link the things you write about to circumstances they will recognise as being relevant to them.

3. Reflect their language.
Before you start writing your bid, take some time to read examples of the customer's documents and their website. Take note of their specific language and phraseology, of how they use words and describe situations. Try to reflect the writing style and terminologies to reduce the likelihood of the reader becoming disengaged from your narrative. Reflecting their formats, where possible, is also a good technique to use. If your bid looks like the documents they produce, then it may promote a subliminal proprietary feeling.

4. Mirror their corporate culture
Research your prospect thoroughly and take special interest in their corporate culture. What is important to them? Read their CSR statement carefully; read about the things their staff are involved in; read the profiles of key people on LinkedIn and see what their interests are; what charities do they support? You get the picture! You can use this information to subtly interweave references to things they find important culturally into your bid.

Your ultimate goal is to achieve corporate self-recognition. In other words, they recognise that the bid is written for them, about them and helps them move forward. It is not a boilerplate document with their name inserted at key points.

Techniques for promoting a positive rational response:
Now we move onto the Mr. Spock element. We will presume that the bid evaluator recognises that you have done your research and invested the time to learn about them. Now you have to make a case for them to have a logical attraction to you.
Here are three ways to focus a bid onto the customer and to drive emotional investment:

Ensuring you deliver actual benefits and not just features
A good way to think of this is using the Common Buying Motives. There are five:
An increase An improvement A reduction A saving A (possibly unique or innovative) gain

2. Quantify value outcomes.
Don't just tell them something will be 'deliver cost efficiencies', or 'help to reduce waste', or 'increase revenue'. Make a commitment and tell them by 'how much'. In other words, put numbers behind your claims. If you are willing to quantify an outcome, you are helping to erect barriers that your competitors will have to work harder to overcome.

3. Provide exceptional evidence
To endorse your claims of capability, expertise, and the value that you will deliver, requires convincing evidence. There are different types of evidence which have varying levels of impact and believability (which are a subject for a different article) but the key thing to remember is that third party, independent evidence is usually the most compelling. Any significant claim you make is always stronger with accompanying evidence.

Your task is to make it logically permissible to follow the emotional connection and to decide you are a contender.

In summary
Emotion and logic are opposite sides of the same coin. They are the Yin and Yang of bid writing; they are the cosmic duality which when brought together create a more irresistible argument than when they are deployed in isolation.